By Hamideh Haghdoost January 2, 2018 No Comments

For the Schizophrenia Society of Canada, new technology was not a luxury, it was an urgent need.

The SSC, a Canadian non-profit, was founded to provide support and education to those affected by schizophrenia and psychosis, and their families. The SSC, whose functions include wide ranging activities such as providing educational resources, funding research, advocating for legislative change, and providing support and consultation, generates its funds solely from donations. Funding was therefore unpredictable, and in 2006, things were looking bad. 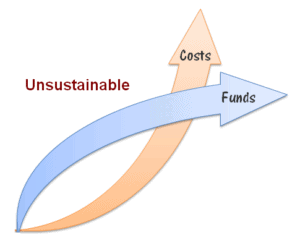 SSC is run by a volunteer Board and paid administrative staff. It is based on a federated model working with 10 provincial societies, each with its own management structure, and each responsible for generating its own funds.” Funds generated for 2006 were in the region of $1 million, but the Society was showing a deficit position of $32,000 at year end. Reserves were running low, and if no additional funding received over the coming year, the Society would totally exhaust its reserves. Penny and Associates Inc., which was managing accounting functions for SCC since 1999, had never before seen such a situation.

As if things weren’t bad already, the Executive Director resigned. This lead to the depletion of the funding base, and funding was no longer enough to pay for the rent, wages and salaries related to administration, forcing the Society to eat into its reserves. The model was clearly unsustainable.

Drastic measures were needed, and quickly. 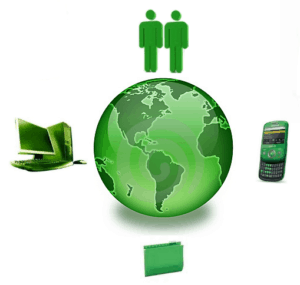 Chris Summerville, who had taken over as interim CEO, Betty Penny of Penny and Associates Inc., and Dr. Pam Forsythe, President of SSC got together to take stock of the situation, and plan some serious changes. It was decided that the three R’s of the green philosophy – Reduce, Recycle, Reuse – was the best approach to make the funding model sustainable. A fourth R – realignment – was added.

On a tactical level, it would mean the following changes:

To this point, SSC’s information was scattered across personal computers, or locked away in multiple servers without adequate security and access controls. Not only was this unproductive – people had a hard time finding the right information when they needed it – this also put the Society’s important information at risk.

It was therefore important to centralize and secure this information. One option Betty has was to set up organizational applications on Society managed servers. However, this would mean additional administrative costs – costly servers, backup devices, and dedicated IT staff. This would defeat the very purpose of the green initiative to reduce administrative costs.

After months of researching and testing dozens of application, Betty selected the HyperOffice Collaboration Suite. In addition to being cloud based, HyperOffice presented the Society with the following benefits:

SCC would use HyperOffice in the following ways:

SSC’s green virtual initiative is more than 2 years old now, which is also the period for which it has been using HyperOffice. The following benefits have accrued: