Cloud-based office collaboration suite HyperOffice has just received a slew of improvements to its project management tool. It now features task dependencies and interactive Gantt charts, which should allow for the management of much more complex projects.

While HyperOffice still isn’t as powerful as a full-featured desktop app like Microsoft Project, these new features should make it a much more competent tool for project management. In particular, task dependencies (being able to specify “task A cannot begin till task B is completed”, “task A cannot begin till task B has begun”, “task A cannot finish till task B has finished,” and so on) are critical for planning and managing all but the most trivial of projects. It’s also pleasing to see the addition of interactive Gantt charts (meaning that users can arrange tasks and set task durations from the Gantt Chart console, in a similar fashion to the way that MS Project works); although Gantt charts are a near-universal tool for project managers, they are curiously absent from some popular online project management apps.

In addition to the new features, the update has also added some enhancements to existing functionality, like the ability to create duplicate task to save time on task entry, and the ability to manage recurring tasks and projects in a separate tab.

Here’s a short video showing off the new PM features: 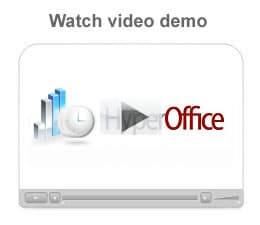